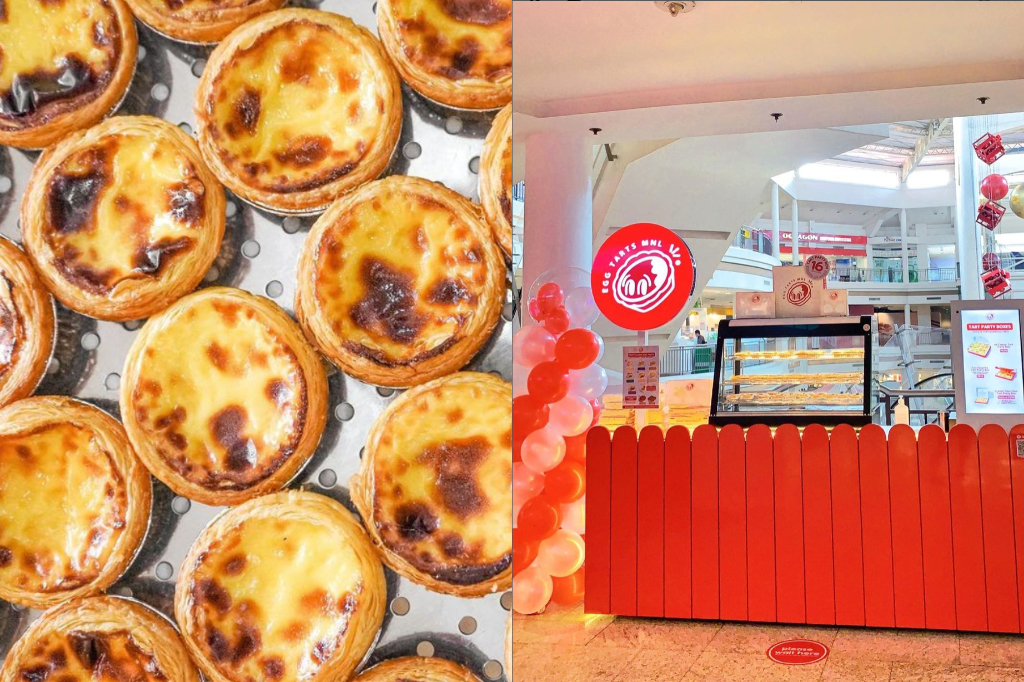 When Filipina home baker Darren Tagle first launched her small business Egg Tarts MNL, she never expected that, in less than a year, it would grow into a team of nearly 10 people and two successful physical stores.

We sat down with Darren to get to know the secrets behind the success of Egg Tarts MNL, and what she might share for fellow home bakers who want to grow their businesses and make more sales online.

Read on to learn how to take your own home baking side hustle to the next level and potentially turn it into a thriving full-time job and business just like Darren.

Before the 2020 COVID-19 pandemic caused everyone to stay home, cancel plans, and figure out what to do during the global lockdown, Darren shared that she had different plans in her life.

Things like taking a master’s degree, for instance, were in the cards, but like everyone affected by the pandemic, plans changed.

So like many people during the lockdown, Darren started baking.

She made the decision to sell her baked goods—from cakes to cookies—on Facebook and Viber groups and in her own local community. And it wasn’t until one seemingly small decision that led Darren to what would soon become Egg Tarts MNL.

According to Darren, the decision to start baking egg tarts came from her missing specialty food you could only get while traveling. So in October of 2020, she decided to add them to the list of things she made and eventually sold herself.

However, as months passed, Darren realized that the competition of home baked products was cutthroat and it was hard to stand out among hundreds of others like her. “The market was so saturated,” she shares. “It was hard to put the brand out there because everyone was also selling [typical] pastries.”

It wasn’t until early in 2021 that she made the major decision to rebrand and relaunch her entire business with the sole focus of being the best egg tarts brand in Metro Manila. And thus Egg Tarts MNL was born.

“Taking orders now is so seamless”: Life before and after Cococart

Leading up to the launch of the newly niched-down Egg Tarts MNL in early 2021, Darren was also noticing a growing pain in her business: order management.

As a one woman team, Darren wasn’t just in charge of baking and making improvements to her egg tarts—she also had to manually process orders through Instagram and Facebook DMs or Viber messages.

It wasn’t until one day when she “saw a friend post about setting up her [food] website that I found Cococart and thought, ‘This is cool. I want that.’”

Darren signed up, set up her official Cococart store, and launched it together with her newly rebranded business as Egg Tarts MNL.

The decision proved to be the right one, as Darren experienced rapid growth and brand awareness by niching down and streamlining her order processes.

Eventually she was able to hire her own bakers and staff to help with the business—culminating in two current physical locations for people to order and bring home their egg tarts in person.

Even as they grew and thought about using alternatives to Cococart, her team relayed that to her that Cococart was still the best to use.

“They love the user interface and the limited learning curve,” she explains. “And other platforms have crazy [transaction] percentages,” which wouldn’t have benefitted a smaller business like hers.

One of the biggest benefits to using Cococart even now as she runs a full team and two physical locations is that they can meet customers where they’re at. Being both offline and online has allowed Egg Tarts MNL to be pandemic-proof, adapting to any sudden changes that might come as lockdown rules and regulations evolve as well.

10 Must-Know Cococart Features to Level Up Your Small Business

Today, Egg Tarts MNL is known around the community for their delectable egg tarts—and they’ve innovated in the space to bring their community unique flavors like Dulce de Leche, Hazelnut, or Cookie Butter that you wouldn’t find anywhere else.

When asked what advice she’d give to other aspiring bakers turned entrepreneurs, Darren has this to share: “Just start. Don’t be afraid of how people might respond [to your business] because how they respond will lead to growth.”

She shares that she didn’t have the perfect start and that there were lots of tweaks and improvements she had to make before her business really took off.

But according to Darren, perhaps one of the biggest reasons for their success is in her team’s consistency—staying true to their values and principles, and keeping the heart behind their small business that their customers can see and feel.

Her team focuses on what matters for their customers, whether that’s going the extra mile to mention customers by name or to thank them multiple times for their patronage.

For any small business, it’s important you focus on the parts of business that truly move the needle: product ideation, customer nurturing, or marketing.

And if you want to spend less time worrying about the nitty gritty of setting up an online store and taking orders, sign up for Cococart to launch your business in minutes and focus on the parts of business that you love.

Egg Tarts MNL can be found on their official website and Instagram. They currently have locations in 2/F Expansion Wing, Alabang Town Center, and 2/F South Supermarket Filinvest, Muntinlupa City.

It's free, and takes less than a minute
Start Now